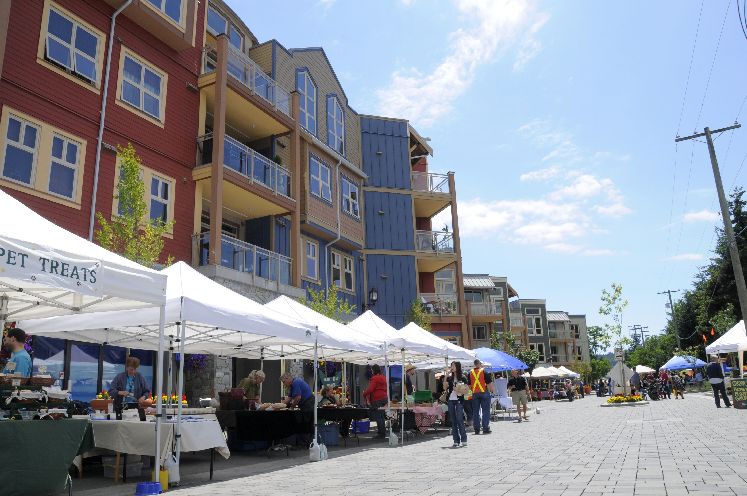 The Langford area is large, extending from West Saanich to View Royal, along Colwood, Metchosin, Sooke and northwards including portions of the Malahat Drive. Incorporated in 1992, the City of Langford is divided into distinct areas such as Glen Lake, Happy Valley, Florence Lake, Langford proper, Thetis Heights and the Goldstream Area. There is a business and commercial area running from the Goldstream/Millstream intersection to Jacklin Road and extending to Westshore Town Centre (formerly Can West Mall) on Kelly Road.

The area has a large number of lakes and parks, offering a variety of recreational pursuits. The larger lakes include Thetis Lake, Langford Lake, Glen Lake and Florence Lake. The ever-popular Goldstream Park also has a provincial campground.

Most of the community is served by a municipal water system, however there are large parts that are serviced by private wells. Septic tanks and septic fields are the norm though some areas are served by private sewage systems. Garbage pickup is done on a private basis. There is bus service throughout the area. Langford is policed by the Royal Canadian Mounted Police.

Visit the web site of the City of Langford.